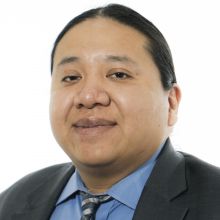 Kevin Killer is a youth activist, Native American politician, and president of the Oglala Sioux Tribe. Kevin served 10 years in the South Dakota legislature, representing a district that includes the Pine Ridge Indian Reservation. He is a co-founder of Advance Native Political Leadership. Kevin recently completed his fellowship with the Open Society Foundation Leadership in Government program working on Truth and Healing in Native communities in the United States.

Killer serves on the board of the People for the American Way Foundation, and past service includes, the National Indian Education Association, the Oglala Lakota College Board of Trustees, the Young Elected Officials Network, the Quad Caucus, and the National Caucus Native American State Legislators. He was a 2015 Bush Fellow.